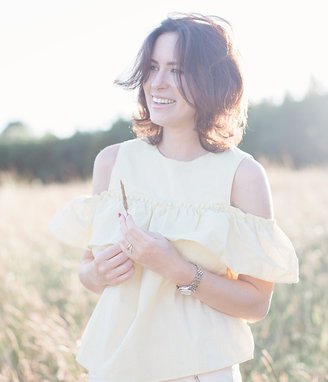 YOUR LOVED ONES CAPTURED

My name is Arina and I am a young photographer living in Godalming, Surrey. As a wedding photographer I provide a relaxed, professional, and friendly service and will ensure that all of the day’s special moments are captured exactly as you remember them. With great passion for photography and weddings, I love taking beautiful, informal & natural photographs and will help you feel comfortable in front of the camera.

You can choose from my All Day or Half Day packages and we will tailor them together according to your needs. An extra photobooth or a few more hours of photography?

All things bright and beautiful: Family and Children, Pets, Engagement, Pregnancy - I do all at the same rate providing you with 2 hours of photography with a portable studio / photobooth available on request. 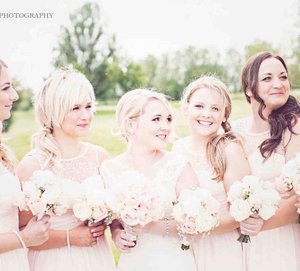 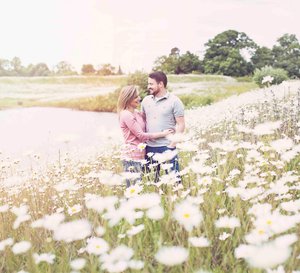 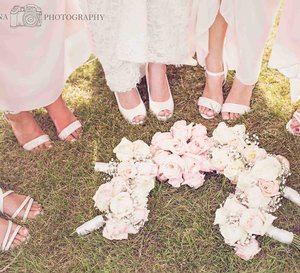 INFORMAL AND NATURAL OR FORMAL?

I love taking beautiful, informal & natural photographs and will help you feel comfortable in front of the camera.

I like my photos to be as natural and informal as possible and I am always up for some quirky fun shots (if you are happy to do them!) but I dont forget about the importance of the traditional group snaps of family and friends.

HOW SOON WILL I GET MY PHOTOS AND HOW WILL THEY BE DELIVERED?

As I edit all of my photos, it usually takes me from 6 to 8 weeks to complete an order depending on the number of photos taken and the length of the service. For a one hour shoot you would expect to get approx 50 snaps; for an All Day wedding with a photobooth - around 500.

All high resolution images will be delivered to you on a USB stick.

During the process of editing I will also be uploading a few little sneak peeks online so you can see some snaps as soon as they are edited.

"Arina was a true professional from start to finish! She photographed our wedding in July 2015 and we couldn't have been happier with our photos. She made everyone feel super relaxed on the day and was great fun to have around! She has great vision and the ability to capture stunning, natural photographs and I would recommend her to anybody! So many of our guests commented on how great she was and the photobooth for our evening reception was so much fun! Thank you again Arina x" - Hayley and James

Sophisticated, she has the Pizazz, the phenomenal eye for detail, the high energy in her personality, the flair for originality. I am so happy to have chosen Arina out of so many photographers I met for my wedding. It was a challenge deciphering who would capture the best of the day. Arina deserves a ** wow factor and remarkable!!!! *** Review. She directed the large crowd with ease, Mastered exceptional angles that I would never Imagined! And impressed the wedding guests by continuing her effortless work despite the heavy rain!

I would go on but to sum up her professionalism - Arina was impeccable!

"Where to begin, Firstly booking with Arina was painless and communication was swift. I was able to adapt my package to omit areas that were of no interest to me without there being a problem.

Arina was friendly and even before the big day I felt pretty confident that we were in good hands. I was more than right. Arina was very relaxed but professional at all times, managed to herd my family rabble into group shots with apparent ease. I personally hate having my photo taken, I expected any with me in to look pained and awkward, this was not the case, I love them. Our couple shots were great and didn't take too long either.

Turn around to get out copies on a USB were fantastic and we were super impressed with what we got.

All in all, Arina was FANTASTIC and it was money well spent. I would recommend her service to anyone planning a wedding for sure!

Thankyou Arina for being part of and capturing our day!!" - Amie and Gareth

"Arina, we cannot thank you enough for your wonderful photos!! We were so blown away by our wedding photos that we knew we had to have you at our daughter's christening! Every single picture has captured a special moment in our lives" - Sian & Charlie

"Arina is such a brilliant photographer, she made our day so special and has given us lots of beautiful memories with her stunning photography, we couldn't have asked for more ☺️ her photos speak for themselves" - Sian and Tom

"Having Arina as our wedding photographer was an absolute dream. She was fantastic from start to finish and we were so thrilled to have her capture our day! Her attention to detail is so refreshing and she has some brilliant ideas! We thoroughly enjoyed her crazy ways of making us laugh and would highly recommend her. Thank you so much Arina! X" - Eloise and Dan

"Hi Arina, just a little note to say thank you for doing an amazing job on our wedding day the pics we have seen so far are fab and we can't wait to see the rest! You were discreet, patient and just lovely! Thank you! 😘 xx" - Hollie and Adam

"Hi Arina, Natalie and I just wanted to say a big thank you again for doing such an amazing job we are delighted with our photos!" - James and Natalie